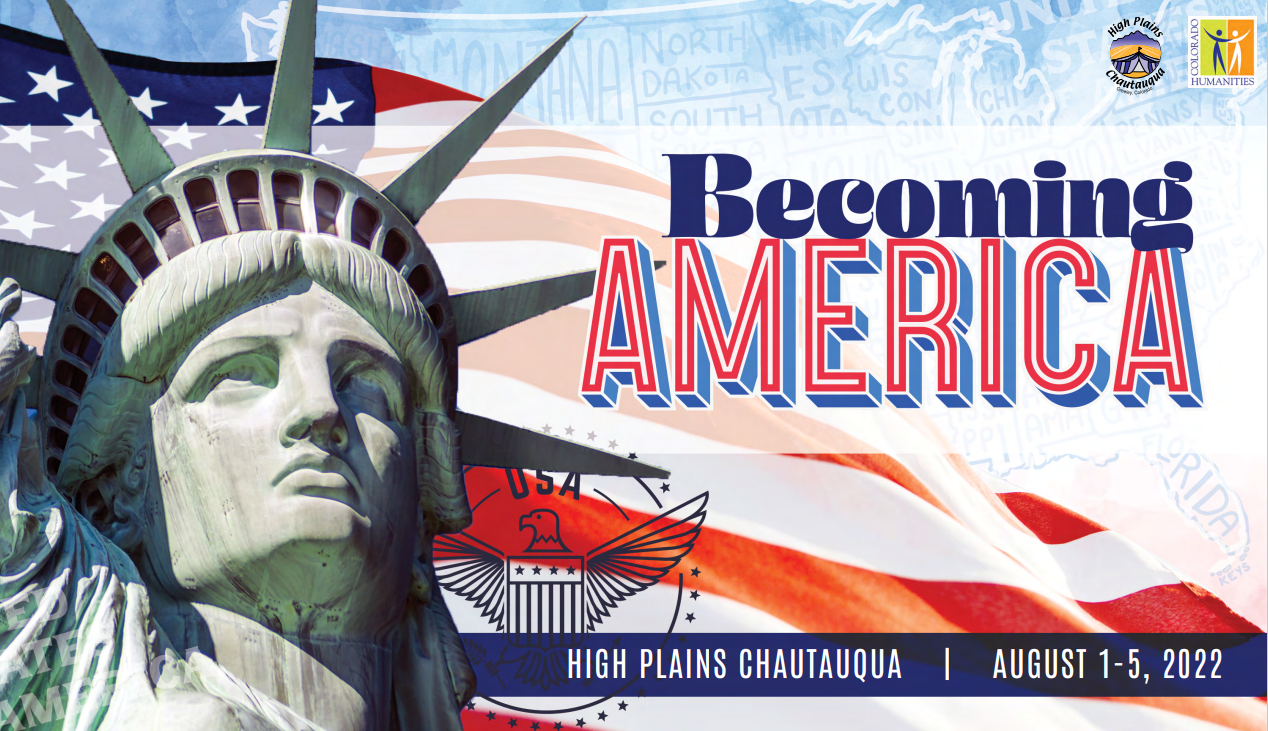 ​Live under the Big Tent at AIMS Community College, Greeley 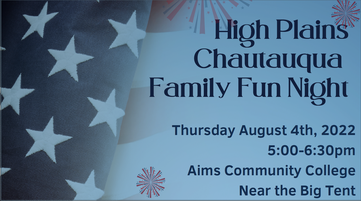 Activities include:
With Special collaborators: 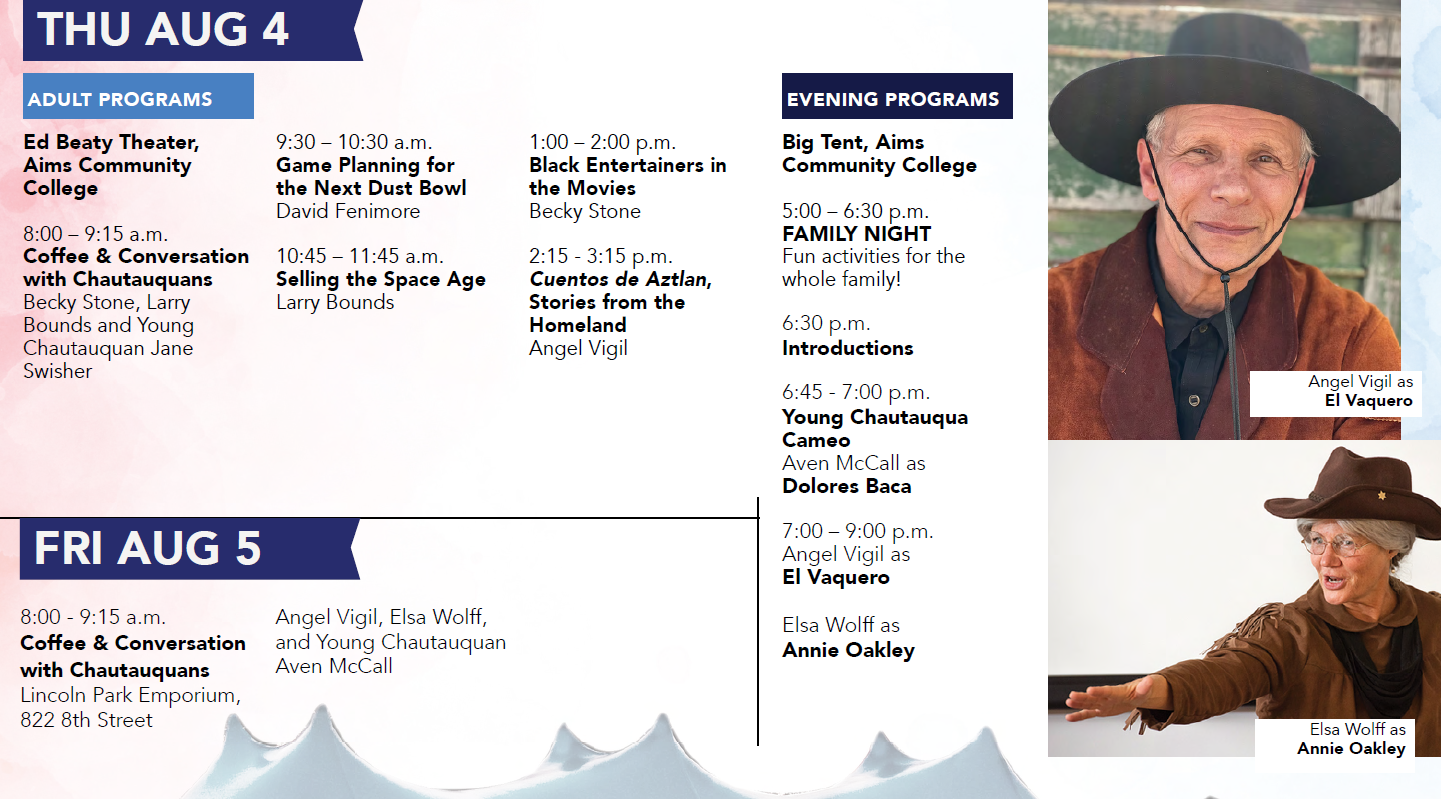 “Breaking Barriers, Expanding Boundaries” is the theme of this year’s 2021 High Plains Chautauqua, slated for August 2-5. In 2021, you can skip the drive, as HPC will take place entirely online. Attendees will be able to watch scholars and interact with them in real time, by asking questions of both the Chautauquan and their character, preserving the format for which Chautauqua is known and loved.
This twenty-first year of the program celebrates a couple of postponed 2020 anniversaries, namely the 150th anniversary of the founding of Greeley, as well as the 100th anniversary of Women’s Suffrage.  Expanding boundaries are portrayed through the life achievements of notable figures like Rosa Parks, Edwin Hubble, and Selena, Tejano music superstar. John D. Rockefeller, Jr. and Mother Jones, key figures in Colorado coal mining, the United Mine Workers strike, and the Ludlow Massacre in southern Colorado a little more than 100 years ago, will appear on opening night. In recognition of the 100th anniversary of the 19th Amendment, the HPC audience will meet the combative and outspoken leader of the Women’s Suffrage movement, Alice Paul. Of note and appearing for the first time this year will be characters John Deere, with his improved steel plow, and trader/rancher William Bent, both of whom played important roles in Western expansion. Colorado’s Legendary Ladies will entertain with brief appearances by Dr. Florence Sabin, miner ‘Captain Jack’, and Frances Wisebart Jacobs, whose legacy was the forerunner of the United Way. A real treat on closing night will be Doug Mishler, appearing as Nikola Tesla, tortured genius and inventor of alternating current, in what is sure to be an electrifying performance. As is the tradition every year, each performance will be preceded by a Young Chautauqua Cameo, portrayed by the elite performers from Greeley Schools District 6. The Young Chautauquan character lineup this year includes Edwin Hubble, Selena, Marie Curie, and Oskar Schindler.
As usual, High Plains Chautauqua will have a series of interactive daytime programs (albeit online), which will give attendees the option to participate in a deeper discussion of the issues presented via the historical context of character portrayals.  The performances will be viewable August 2-5, so be sure to tune in. For more information on how to watch, visit highplainschautauqua.org.