A steamboat pilot prior to the Civil War, Mark Twain (1835-1910) joined his brother in the Nevada Territory and spent the war years avoiding military service, prospecting for gold and silver, and discovering his true calling in life as a writer of humorous pieces. Following the war, Twain became one of our nation’s great literary icons, developing his reputation as a satirist who poked fun at American society, politics, racism and love of money.
​

Eleanor Roosevelt
Wife of one president and niece of another, Eleanor Roosevelt (1884-1962) was a remarkable political figure, social activist and diplomat. Though widely respected in her later years, Roosevelt was a controversial First Lady from 1933-1945, known for her outspokenness, particularly her stance
on racial issues. Later, she became the first U.S. Delegate to the United Nations General Assembly. Throughout her life, Roosevelt embraced many human rights causes.
​

Henry David Thoreau
Henry David Thoreau (1817-1862) was an American writer, naturalist, and political activist. A leading transcendentalist, Thoreau is best known for his book Walden, a reflection upon simple living in natural surroundings, and his essay “Civil Disobedience” (originally published as “Resistance to Civil Government”), an argument for disobedience to an unjust state.​​ 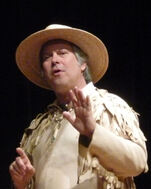 ​John James Audubon
John James Audubon’s (1785-1851) field research was groundbreaking in American natural history. He painted more than 485 species of birds in their natural habitats, elevating scientific illustrations from flat, lifeless sketches to dramatic, dynamic fine art, accompanied by each bird’s life story. His commentary on the demise of the ‘America he knew’ is still an inspiration for environmental activists, and his field notes provide data needed for major restoration efforts.

Marie Curie
The first woman to win the Nobel Prize, Marie Curie’s (1867-1934) contributions to the fields of chemistry, physics, and even engineering, through her WWI work on radioactivity, helped open the doors to these fields to women worldwide. She chose the path of years-long perseverance in order to add to the knowledge of humankind, avoiding whenever possible the fame that came in its wake.​

​Thomas Jefferson
Thomas Jefferson (1742-1826) believed in the right of self-government leading to the establishment of meritocracy over aristocracy as a founding principle for the nation. President Jefferson radically expanded the boundaries of the United States through the Louisiana Purchase, and then sent Lewis and Clark out to explore the geography and the flora and fauna of this broad expanse. An American Renaissance man, Jefferson studied science, agriculture, and architecture as well.
​ 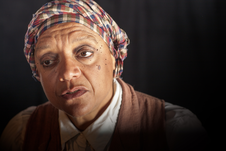 Harriet Tubman
Harriet Tubman (1822-1913) was an American abolitionist and political activist. Born into slavery, Tubman escaped and subsequently made some thirteen missions to rescue approximately seventy enslaved people, family and friends, using the network of antislavery activists and safe houses known as the Underground Railroad. Faith in God and country led Tubman to become a spy and a nurse for the Union Army during the Civil War.
​ 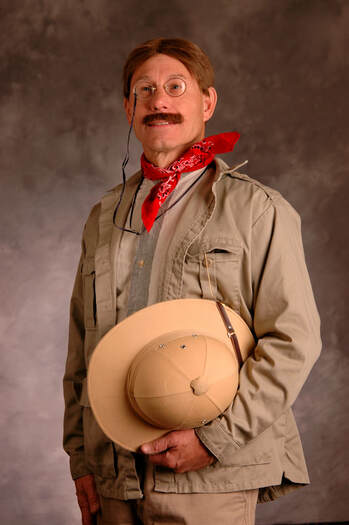 ​Theodore Roosevelt
Although a New Yorker through and through, Theodore Roosevelt (1858-1919) was the nation’s first cowboy president with strong ties to the West. Roosevelt’s most enduring domestic legacy is the preservation of the nation’s wildlife and natural resources. He championed federal policies which saw their greatest impact in the western states.
​​